In this blog post, I’m going to share some test results when using SharePoint to store multiple versions of a file. As you can see in Test Results section at the end, the new Shredded Storage feature in SharePoint 2013 can mean significant improvement in efficiencies of storage requirements for specific use cases.

Shredded Storage is a wonderful new aspect of SharePoint 2013 that lives under the hood and silently runs invisibly performing great feats. What it does is for each version of a document, instead of storing the whole document and all the metadata, it only stores the deltas (or differences). This is a grand improvement for architects, system administrators, and business users who need to store many versions of the same file but with minor changes. I decided to run a few tests and document the results so people can see the benefits of this new feature of SharePoint 2013.

CloudShare is an affordable cloud based development tool I use to do experimental work. At times it can be much more convenient than doing things locally since there are templates to build a farm really quickly, and I don’t have to free storage space or RAM on my local machine. If you haven’t checked it out yet, you should sign up for a 14 day trial and give it a spin.

The document is a single large PowerPoint document that is 10 MB in size (10,085 KB). Before uploading the document, I made sure that versioning was turned on in both SharePoint 2007 and 2013. Below is a screen capture of 2013, which hasn’t changed much since 2007 except for CSS styling. 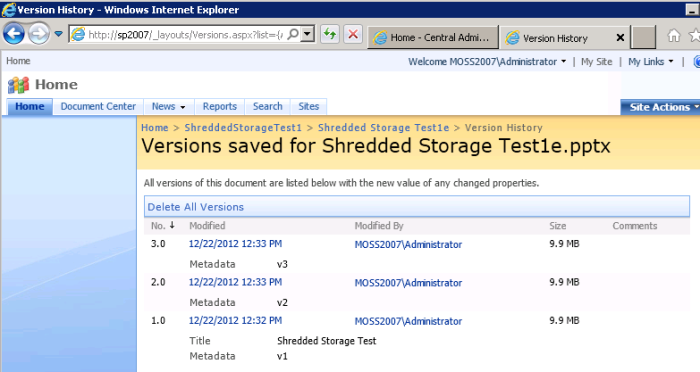 In order to make the changes, after the initial upload, I used “Edit Properties” to make changes to the metadata only: 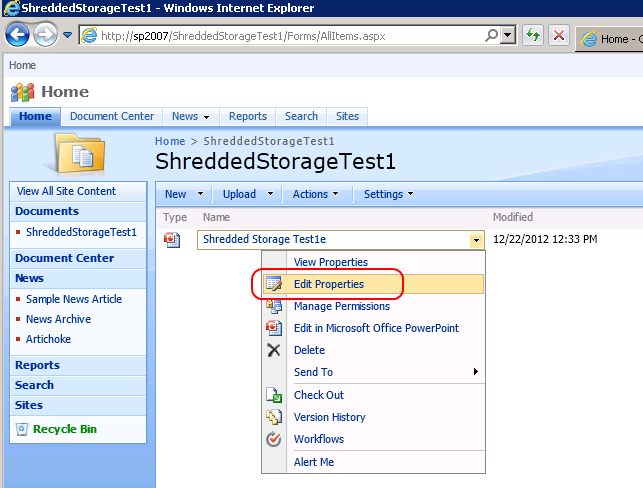 You can see in the example below that the metadata displays “v3” which is after I had made the third change. After each change, I captured the database changes using SQL Server Management Studio.

Using SQL Server Management Studio, I reported on all of the databases and their sizes using the Object Explorer Details View.

When you click on the “Databases” node on the left tree in the Object Explorer window, the Object Explorer Details window will display details. The ones I needed include Data Space Used (KB) and other database size related fields. By right-clicking the column header, you can add or remove the fields you need.

Once you have the columns you need, simply select the rows you need and use Ctrl-C to copy the rows. Then simply paste into Excel.

For my test, the important database was the SP2007-MOSS_Portal_Content, which is the content database that stores my document that I’m testing. To be thorough, I captured the changes in all the databases.

I captured the results in an Excel file and crunched the numbers to see the differences.

The results were what I expected, actually even more efficient in 2013 than expected. As you can see below, the overhead of just changing the metadata for SharePoint 2007 (and also SharePoint 2010) is significant because pre-SharePoint 2013, SharePoint stores the entire document over again even if you just change one of the list column field values:

For the full spreadsheets, download them from my SkyDrive folder.

For SharePoint 2013, you can see that only about 80 KB difference for each version versus 10,300 KB. So for a 10 MB document, that is 12,800% more efficient or to put it another way, each document takes up 128 times less space. Over time this is significant, just look at the growth rate in pre 2013 versions versus 2013 in the graph below:

Imagine if this document’s metadata was changed 100 times. In SharePoint 2007 and 2010, the document would require 1GB to store a 10 MB file, but in SharePoint 2013 it would only require around 20 MB.

In the future, I plan on testing making partial changes to the document, such as adding a slide to a PowerPoint deck.

For more information on Shredded Storage, I recommend the following other blog posts:

To learn more about CloudShare, which I used to do this testing, visit CloudShare on the web at http://www.cloudshare.com and see how easy it is to build a SharePoint 2013 farm in minutes. 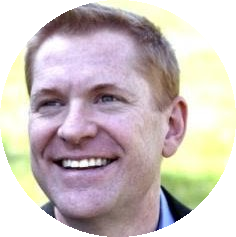